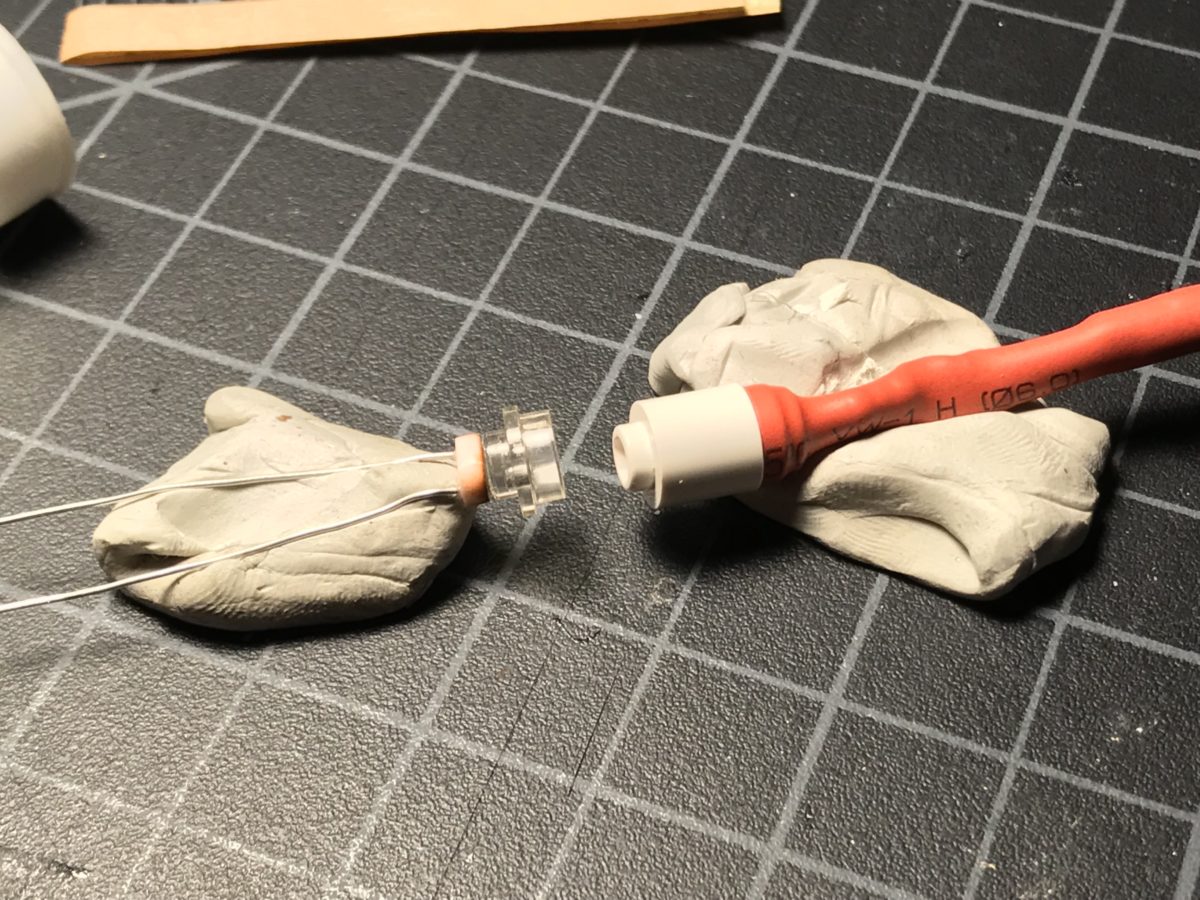 END_OF_DOCUMENT_TOKEN_TO_BE_REPLACED

This post took a lot of writing and drawing! Help me make more good stuff by backing xenoglyph on Patreon!

I’m a big fan of science fiction. I’m also a big Star Wars fan. I think, though am not sure, that my first movie was Star Wars, which came out four days after my fourth birthday. I’d guess that 2001 was my second.

Even as a kid, I could tell that these were not the same thing. They each had their own aesthetic principles that, if I was to play with the ideas in them, I would have to derive and distill, but not mistake for one another.

END_OF_DOCUMENT_TOKEN_TO_BE_REPLACED

The day Ashadd Nash found herself alone without clan, without money, and with a price on her head, she became a scoundrel, and a scoundrel needs a scoundrel’s weapon.

END_OF_DOCUMENT_TOKEN_TO_BE_REPLACED

I often talk about the future, thanks to Alvin Toffler, as a shockwave. I have to figure out how to face that wave every day. If I’m too far out in front of it, the best I can hope for is to be posthumously recognized as a person ahead of their time. Alan Turing was such a man, tortured to suicide by the government and country that he saved, for the homosexual proclivities that his country’s enemies had vowed to eradicate. And here I am, typing in a café on a Turing Machine the size of a single information theory paper written by Turing. Even worse, I don’t have the intelligence, talent, or clarity of thought that Turing had. So the best I can hope for is to be a third-rate Manfred Macx. And he’s not even real.

Another danger is to try to live on the crest of the wave. But it’s crowded with the cowardly investors of Wall Street, who recognize when risk has been carefully polished out of a system by the hard work of creators and laborers, then extract its benefits at minimal cost. These are also consumers, who choose from available, low-cost products and services. They benefit from shaken-out designs, mass production, and the low costs associated with both. The particular goods eventually fail (through wear or obsolescence), and they discard them for new ones. They don’t feel the need to understand the materials of their lives; they’ve been driven into a panic by the value-extractors taking all the space at the top of the wave, and so don’t have the time to self educate. Eventually, though, propelled up faster than they can move forward, they fall into the churn behind the shockwave with a collective cry of “I don’t understand Dubstep!“.

END_OF_DOCUMENT_TOKEN_TO_BE_REPLACED

The subtle axial tilt and mid-habitable zone orbit of Efwehasht (“Arbor”) make for a wide, verdant temperate zone. The three smallest continents cover much of the northern zone, while the southern hemisphere is dominated by vast, rocky deserts.

In the temperate zone lives a robust and varied ecosystem. Many subtle niches exist, including a mid-sized predator called the “awkweh”, an arboreal ambush hunter camouflaged to look like the leaf/baleen of the “hyeshyehasht”, the  “filter tree”. The awkweh leaps from above with a partner onto any human-sized prey.

A hundred generations ago, the Great Parents of the Efwehasht people gave them gifts to protect them. One such gift is the mass of 25cm quills in two or four stripes down their backs. When scared, their quills stand up on end and rattle. The quills have barbed tips, teaching an inexperienced awkweh a lesson.

Those of the Carryer caste trim their quills to 2cm stubs to show obedience. Among the Etyo people, who have no Carryer caste, the trimmed quills are a sign of philosophical maturity and an indication that the individual no longer fears death.

In all societies, the warriors among them decorate their quills with heraldic patterns, a tradition that continues with today’s intertribal sports teams. The Kopeh people paint patterns onto each quill, while the Pshemet warriors, possessed of their people’s four rows of quills, instruct their apprentices to write a bragging form of ancestral supplication poetry along each one in tiny letters.

A mottled brown pattern covers their skin and they consider symmetrical patterns beautiful.

Their eyes are large and dark, providing them with good vision in the dim forests in which they live. When they venture outside of those forests, they cover their eyes with goggles.

The hair on their head feels stiff and quill-like (though these hairs lack barbs), but underneath grows a soft fur, though most of their bodies are otherwise hairless.

Women grow fatter toward the end of the year as they approach winter and time for hibernation, growing breasts and becoming fatter than the men. While they will have sex with each other at any time of the year as part of any intimate relationship, this fattening indicates that a woman is actually ovulating, a visual indicator to males.

The principles of creation

In Human Contact, one of the types of Minutiæ you’re required to create is the physiological description of the colonists — humans who have taken an evolutionary path separate from that of the Academics.

The rules themselves go into this a little bit, asking a couple of central questions:

Let’s break those down a little.

What environmental factors have shaped their bodies?

The major environmental factors for you and me as residents of our particular Earth are:

Gravity is 1G. Most of us are about 1.7m tall. Greater gravity will favor shorter, more heavily-muscled bodies, while lower gravity will tend to free the body to be taller and more energy-efficient.

An atmosphere of primarily nitrogen with some oxygen and a scattering of other elements. Adult lung capacity is around 6l. People who live at extreme altitudes have greater lung capacity (and larger thoraxes to hold the larger lungs). Other species of hominin might need to filter out toxins or safely break ozone into regular oxygen.

Temperatures between -50°C and 85°C. That’s a pretty broad range, but under the right circumstances, a planet could get a little warmer or a little colder and still support life as we know it, at least in parts of that world. We are relatively hairless as mammals go, in order to effectively dissipate heat because we evolved close to the equator. Had we evolved from some sort of arctic ape, we might all be covered in fur or layers of fat.

The planet is only 25% land and only a small portion of that is inhabitable by humans— about 2% of the planet. We spend a lot of time (historically) walking from one habitable spot to another, both seasonally and as the planet’s climate has changed. That’s given us our ability to walk tremendous distances in our many migrations. A planet with a more genial ecology might favor people who can run fast (instead of far), or might take to the water with webbed feet and half-hour breath holding capacity.

Half of humans live within 200km of the coast. We’re a largely littoral species.

Those who live in areas with more exposure to the sun have greater amounts of melanin in our skin, making it darker brown, which protects from vitamin D poisoning. A few groups living in the north with little sun exposure have little melanin so they can get enough vitamin D. Some bodies substitute iron for melanin, producing reddish skin and hair, protecting (a little) from sunburn while allowing for vitamin D synthesis.

What colors or patterns are their skin?

We know that iron and melanin can color skin. Other hominins might produce other pigments for display, camouflage, or fashion.

How hairy are they? Where is their hair?

Homo Sapiens Sapiens (that’s you and me) have a mane like baboons. In some places, we have heavy body hair and many of us grow beards, but very few humans have true fur. Other species might have porcupine-like spines, rhinoceros-like horns or shells, or otter-like inborn wet suits. Others might be as hairless as dolphins.

How tall are they?

The Maasai are very tall and thin — their tallest, thinnest ancestors survived the sun by presenting less body surface to it. Their average male height is about 2.2m. The Aka, on the other hand, constrained by natural resources, grow to only 1.2m. The hominin species Homo Floresiensis grew only a meter or so tall (surrounded by pygmy elephants and other island-constrained animals), evolving a neurological structure that allowed their tiny heads to contain plentiful brainpower to create fires and tools.

Homo Floresiensis represents a breaking of the bottom limit of what paleoanthropologists thought was possible for tool-using primate; we’ve never seen brain structure as sophisticated (rearranged as it is) in such a small skull.

On the other hand, we know of no upper limit to primate size. Gigantopithecus may have stood as much as 3m tall, more than the story of a building. At that height, it probably weighed 540kg, or the weight of a small car. If such a creature could domesticate animals, construct tools and speak, would there have been anything that could stand in its way?

How muscular, fat, and boney are they?

Humans vary to some degree in the amount of body fat they carry. Genetic inheritance, access to food, and social preferences all contribute to the amount and distribution of fat on the body. It defines the shape of the body and determines how and when they can use their body’s energy. Men tend to store it in their middle, while women tend to store it on thighs and breasts.*

Other animals, though, use fat for other purposes. Seals and dolphins have evolved fat that smooths their body contours into a fishlike shape to make them effective hunters and migrators. Bears and camels use it for long-term storage of energy for desert travel and hibernation, respectively.

Bonobos, on the other hand, have much more gracile bodies and seem to be our closest relatives. They spend the vast majority of their time in close contact with each other. They use sex as a bartering method and as social currency as we do, engaging far more than can actually produce offspring, including enthusiastically varied sexual practices. They communicate with a sophisticated form of vocalization and appear to have a greater capacity for vocabulary of human signs.

Which of these change with ethnicity, sex, class, or distinctions unique to this world?

Among H. Sapiens Sapiens, we have a fair amount of variation. Some groups have no facial hair at all. Others have pink skin, epicanthal folds over our eyes, concave noses, curly hair, or other markers that, while they don’t denote a difference in species, denote a difference in the specific genetic history of a region.

Not all hominids are like that; male orangutans weigh twice what females do, have prominent facial flanges, but don’t fully develop their secondary sexual characteristics until they have established territory of their own.

Social class often has to do with the availability of calories. Here on Terra, many cultures value fat as an indicator of health; others view brown skin as an indication of leisure time while others see it as a marker of a field worker. Some grow their fingernails to show that they don’t need to work.

I’d love to answer questions below!

* Thanks to Simon for helping me work out this paragraph in an interesting way.