Of particular interest to me is Darren Naish (you can help fund his amazing work over here) of the Scientific American blog, Tetrapod Zoölogy. Last week, he published a drawing of the Paddlefish, a kind of sturgeon, that, while not closely related to sharks, has a similar cartilaginous skeleton. But what’s most wonderful about it to me is its weird-ass face. 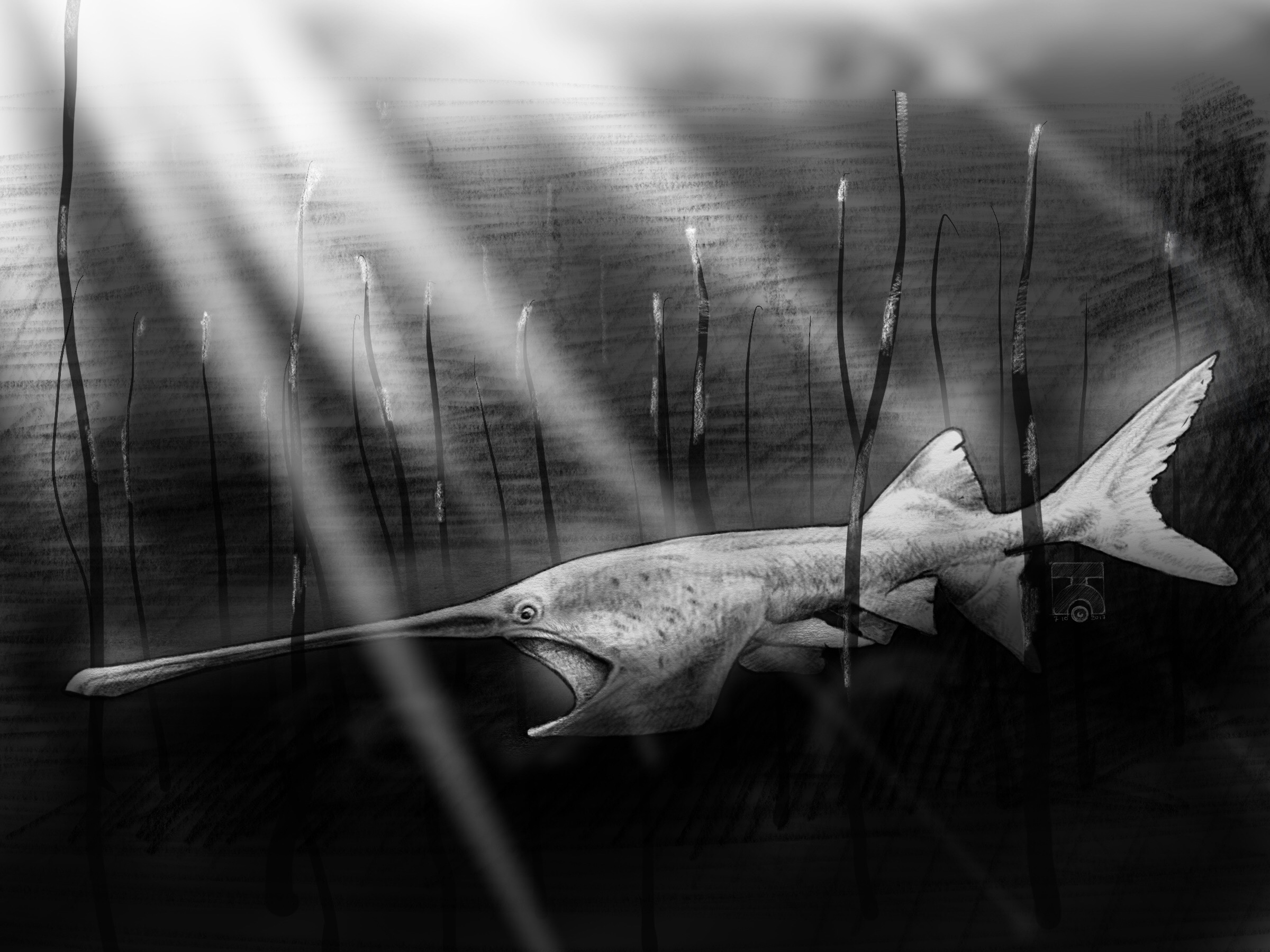 Above its gaping maw that it uses to suck up plankton from the riverbed protrudes the paddle-like proboscis that gives it its name. This paddle is dotted with electrically sensitive nerve endings that can sense when there are plankton in the mud, and then the fish uses it to stir the river bed, drawing the silt through the creature’s filters.

There are two species that have existed since before dinosaurs walked away from their lizard ancestors. One wound up in North America, and is nearly extinct. The other wound up in a China, where no one has seen one since 2005.

#SundayFishSketch And — done. A Polyodon (paddlefish) that replaces a far older drawing I was going to use. One of 100s of fish I’ve drawn. pic.twitter.com/XL7su92MtQ