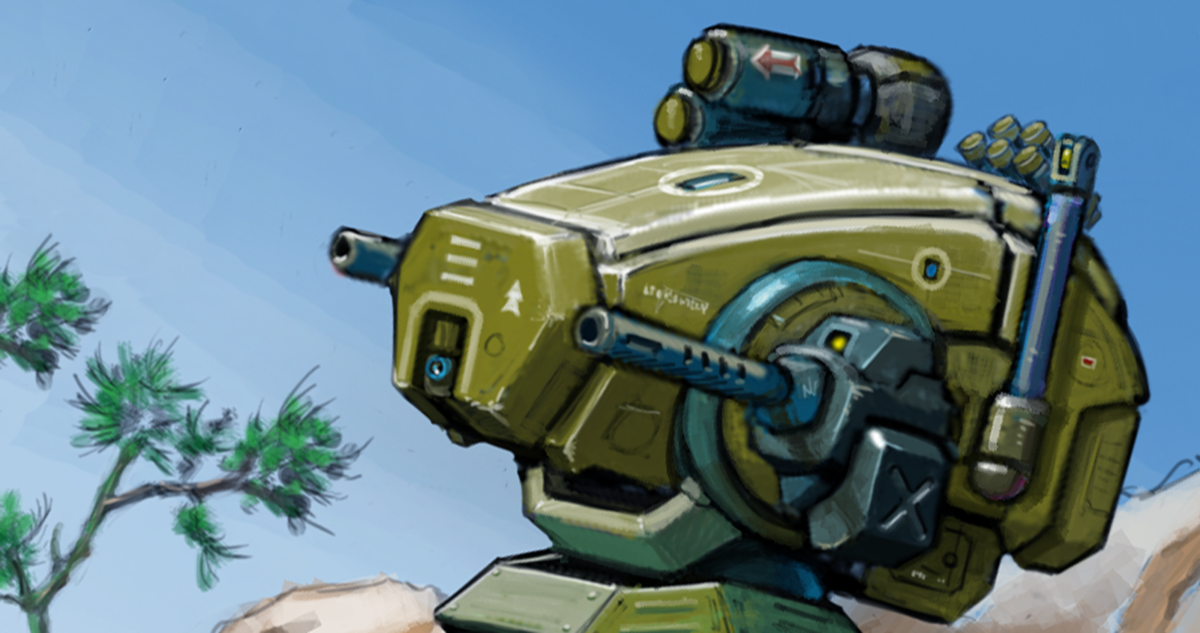 Richmont Gan, mechanical illustrator for both Mobile Frame Zero 001: Rapid Attack and 002: Intercept Orbit sent me these pictures the other day, of a Lakota-themed Free Colonies commander and his Hi-Leg mobile frame. He declined a licensing fee, so I’m donating his usual fee to Standing Rock (you should too! Link is in the upper right) and, because Richmont never charges me enough, I’m matching his donation.

Gaming thrives on assumptions of imperialism, from Settlers of Catan’s “empty land” model (except for the Bandit, who’s a black piece) to Puerto Rico’s “worker” pieces (more properly called “slaves” in the original edition) to Warcraft’s Area Control model.

Mobile Frame Zero upsets this in a couple of ways. The first is that the Solar Union, easily interpreted as an “evil empire”, is designed to be a whole lot like our society. It prides itself on its democracy. Its objective is a high standard of living for its citizens. But, like our society, it’s on a perpetual (and growing) quest to externalize its entropy, to make sure the costs are borne by others. In short, empires must forever grow, because the perimeter grows linearly, while the interior grows as a square (or, in the case of a space empire, the frontier grows as a square while the interior grows as a cube). And that means that perpetual growth leads to more, not fewer, starving people.

Another way MFØ upsets the model is that “Human” doesn’t describe a particular set of values, or even a particular set of material needs; indeed, neither does “Ijad”. Free Colonies might be any combination of Human and Ijad, but the important thing is that they want control over their own economic destiny, for better or worse.

So that puts our Lakota Free Colonists in a particular position: they’re not obviously Ijad (though they might be). Their ancestors were non-indigenous at some point in the last couple of centuries, and we have no reason to believe that there’s indigenous people they replaced. As of SC0238, they have a social order that stems from a value on their own sovereignty. As part of their deal with the Terran Transit Authority, the TTA assured them of their sovereignty back before the Solar Union realized that their colony held something of value. Now, the Solar Union wants the colony for material and/or strategic reasons, and they have necessarily taken up arms to protect the sovereignty that not only do they need, but they were additionally promised.

My heart, and that of Mobile Frame Zero, stands with the people of Standing Rock. May humans someday no longer need to fight for our air, water, and land, paying in blood to assure profit for the vanishingly few.

I want to take this moment to point out the extraordinary characterization Richmont had put into this warrior here. I love the way his art is developing. You can see more of his work over here.

I can afford to do things like donate to Standing Rock because of my Patreon, which you can back. It’s also how I can afford to eat, thanks to The Fifth World, a shared world project with roleplaying games, novels, and tons of art. Go check it out!