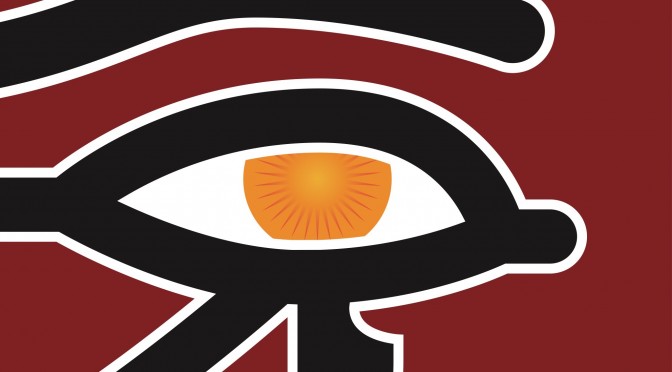 About a year ago, I posted a roleplaying game based on my story, Lover of Jet & Gold about the Namedealers of the setting: those who speak the secret Language of Names to all the phenomena of the demon-haunted world in which they live. For the most part, they’re the “sorcerers” of the Sword & Sorcery setting.

This game, now called The Bloody-Handed Name of Bronze, is now available to subscribers to the xenoglyph Patreon and is for sale in the xenoglyph store!

You might want to read Drash, before you play, too!

Namedealers are like Mosheh, Thetis, and Merlin. But they’re also not all that far from Bugs Bunny and Cugel, all of whose power comes from their ability to perceive and tell truths, but whose weakness in overestimating their importance to rather more direct individuals at the wrong moment. In a recent game, the inestimable Quinn Murphy equated his namedealer to Wile E. Coyote, fleeing the consequence of each overreach by putting himself in a slightly more desperate debt.

Their greatest wish is to die with such glory that the Great Names fear their entry into the Waters of the Underworld and allow them to return to procreate.Then, about six months ago, I did a tiny print run of the similarly-sized Heart of Bronze to experiment with at Metatopia 2015. Where Lover of Jet & Gold discusses the “sorcerers”, Heart of Bronze makes room for the “swords”: culture heroes like Shimshon, Achilles, Boudicca and Gilgamesh. They follow their outsized passions, lead their followers to their deaths with oft-fulfilled promises of glory, and spray the world with the blood of their enemies at the behest of the Great Name that commands them.

At Metatopia, I got some phenomenal feedback from my intrepid dream team playtesters and churned that into The Apocrypha, the Name of Bronze, which corrects several pieces from the previous two.

When you play, read The Name of Bronze: the apocrypha first. Make sure everyone has all three on hand.

I’ve got some refinements in my notebook that I’ll integrate as it gets ready for its first out-of-playtest debut in the pages of Worlds Without Master. The biggest flaw with it at this point is that it’s very, very much a draft. Some rules assume that you have only the one book in front of you. There’s a place where I apparently changed my mind about how headings work.

If you have doubts about how to use a rule, remember:

(Not working? Try to Download The Name of Bronze from my Dropbox.)

Incidentally, I’m strongly considering starting a podcast about creative process, likely focusing on game design. It’ll be about everything from designing creatively fruitful interchanges to probability to dealing with impostor syndrome and depression. It’s a lot of work, though (episode 0 of the xenoglyph podcast is 20 minutes long and took 8 hours of recording and production), so it will have its own, separate Patreon with a pretty high minimum. Keep an eye open as I move toward doing the first episode by following me on Twitter and by backing my Patreon!

*I can’t clearly remember who this was, and I’m terrible about remembering names! If this was you, I’d love to give you credit for this quote. It’s really funny and perfectly sums up the game.

1 thought on “The Name of Bronze”