All shipments are once again made. If you don’t have your games in the next week, give me a holler! And I promise I’ll post something interesting soon. It’s been busy out. 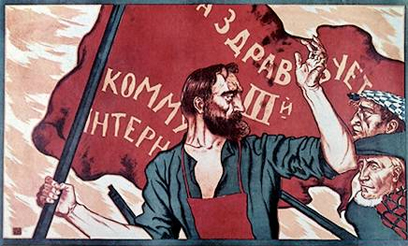 Last night, I got to tag along on an interview between Voice of the Revolution, the indie press weekly podcast by the venerable Paul Tevis and Brennan Taylor. Emily Care Boss of Breaking the Ice and Shooting the Moon fame talked a bit about her upcoming game Sign In Stranger, I talked a little bit about why Shock: and Under the Bed are the way it is, and we talked about what it’s like to live in the hotbed of indie game publishing in which we live. It was a fun little spot to do. Thanks, Paul and Brennan, for the interview!

Paul Czege said it over on The Full Text Abduction of Paul Czege very well back in August: there’s an “overjustification effect” when you receive a reward for doing something you already like to do. The danger is, when that reward is removed, you’ll stop doing it, even if, were there no reward to begin with, you’d have enjoyed it and continued to do it.

But the point stands: if making lots of money is one of your goals (say, achieving $10k a year on game publishing — a practical but high goal in our circles) while making something you really like, and the money will keep you from enjoying what you’re doing if it’s not good enough then please reconsider. Lots of peoples’ games don’t succeed financially. Lots of folks break even. Some don’t even do that (and I wouldn’t recommend continuing on if that’s the case; you need to change something if you’re not making back your investment). If you’re happy breaking even by publishing ten copies of your game, the do that. It’s low-risk, it’s fun, and you get to see how the world works.

But some last minute encouragement: I went to my first Gen Con with 100 copies of Under the Bed: The Game of Child Endandgerment And Accidentally Saying Very Personal Things and broke even the following Wednesday. If I can do it, so can you. Just be prepared to remind yourself that you love what you’re doing. If it turns out that the market suddenly shrinks next year, you want to be able to go back to your friends and still play every Thursday evening, not become soured on the whole thing.

If you’re working on publishing a game, what is it? Why do you love it?

P.S. That graph at the top isn’t my actual income graph. It’s a graph of President George W. Bush’s disapproval ratings from Wikipedia. See when it goes down suddenly? That’s 9/11. See how it immediately starts to rise? That’s him being an awful, tyrannical overlord. This is from last June, when his disapproval was in the mid-60%. Now he can’t get half of Texas to like him.

Steve Jackson’s (of GURPS, Munchkin, and Car Wars fame) Pyramid Magazine has posted a review of Under the Bed by Matthew Pook. It’s a very factual review and tells it like it is, warts and all. Pook is ambivalent about the amount of constant player input the game requires, which is totally understandable — I often think about that aspect of the game, as well — and he properly sees that it’s a serious challenge, but also a strength of the game.

Ben Lehman loves the game and he’s totally the target market for the game, so I’m satisfied with it. Pook is less forgiving but in all the right places. He correctly perceives that the game is hard to play but rewarding when it works out.

I do wish that I’d written more examples, but the manual was an experiment in purely procedural writing. That lesson’s already been applied elsewhere, though.
Shock: applies a lot of what I learned from Under the Bed in new ways: authority is very strictly assigned and subdivided into many types (Minutiæ, Protagonist, Antagonist, Shocks, and Issues) to guide the players in ways that Under the Bed doesn’t. It also reinforces its thematic direction more strongly than UtB. I happen to know that Pook owns a copy of Shock: so I’m hoping to see a review of that, too. 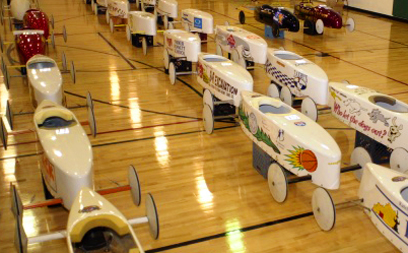 Hooray! My new forum is up and running! It serves several functions:

1: It’s a place where I can provide support for my games in a different way than my Forge Forum does.

2: It’s a place to discuss book design for game designers. I want your book to look good. I want you to make a thing of beauty, and I want you to be able to charge what you need to charge to do it. Let’s discuss. Joshua Bishop-Roby, Luke Crane, Matts Wilson and Snyder, I greatly appreciate your input.

3: This is a big one for me: it’s a place to share science fiction you’ve written for critique, analysis, and enjoyment. Some of it will be directly inspired by Shock: and some of it won’t. But as long as your fiction’s concerned with the social, human aspects of science fiction, it will fit there nicely. Ben Lehman’s agreed to help me with moderation and he’s put up some rules there for submissions.

I’m really excited about #3 there. I got no less than three inquiries about publishing an anthology of Shock: based stories in the last day, and now I’m holding you responsible for your interest. This is the world of independent media; you want something, you make it. Rob, Justin, and Mike, when you put up an idea like this, you own it. I’m holding you responsible. Write something and make this be.

There’s a place over there for putting up works in progress for critique, and another for discussion of the ideas in your fiction.

To some extent, this is a lead-in to a possible anthology of stories. I make absolutely no promises as to whether I’m going to actually make that project fly, and I’m certainly not promising that I’ll put your fiction in the eventual and purely hypothetical anthology. But I also make no claims to your work’s ownership. You own it; it’s just my server it’s living on. Should I want your piece in the volume, we’ll negotiate whatever we can when it’s time for that.

In the meantime, consider it a zine in the punk rock sense; make something with me that’s good. Trade cassettes here for a while until you create Wax Trax, and I’ll provide the mixing board in the loft.

By the way: I’m new to Vanilla, the software this forum’s running on. If you can help me out here and there, that would be awesome. Kitkowski, I’m looking in your direction. Nixon, my wall-eye is looking in yours.