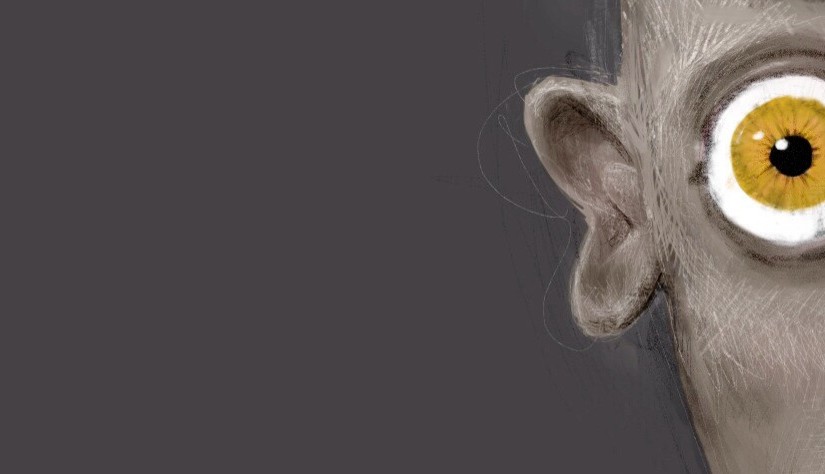 This story is funded by Patreon patrons like you! Thank you!

.7 deciyears ago, the contactor Probably Not Who You Were Expecting entered orbit around Ekrfu 5. The contactor’s constituents have made initial contact with hominins living here, and present this abstract of our findings. For more detail on their economic and familial structures, see the work of Utshfishr and Katshrzjn.

Ekrfu 5 occupies an orbit at the very outside edge of the habitable zone from its main-sequence, G-type star Ekrfu. The surface of the planet appeared at first to Probably Not Who You Were Expecting as an uninhabitable, ammonia-blanketed, rocky sphere, but closer analysis revealed a series of geometrically-placed vents leading below. The contactor has not yet determined if the ammonia atmosphere, caustic and toxic to organic life, is caused by or merely supplemented by these exhaust vents.

We measure a surface gravity of .9G, but the habitable area of the planet lies deep in the crust, with much-reduced gravity of .7G. A vast network of tunnels, both natural and artificial, turn the thousand-kilometer-thick crust of the planet into a delicate sponge, filled with an atmosphere of relatively heavy nitrogen/oxygen/sulphur mix, sustained by an ecosystem of carbon-based animals, plants, and other sedentary life forms. For speculation on the formation of these structures, see Efutzjeme’s geological hypotheses as they develop.

The people of Ekrfu 5 have no world for their planet itself; their word, “Kchkkhc” means, in the Khtkh language, “everything”, “everyone”, and “forever”. While the culture has developed great urban centers, communications networks, and computation, they have shown little interest in what lies beyond the crust of their planet and its caustic atmosphere. Katshrjn notes that their cultural history-myths assume that climbing invariably causes an individual to become heavier and heavier, until they find themselves crushed. Their modern science has disproven this idea, but their culture, already invested in adventurous exploration of the tunnels of the planet, has little interest in exploring upward. 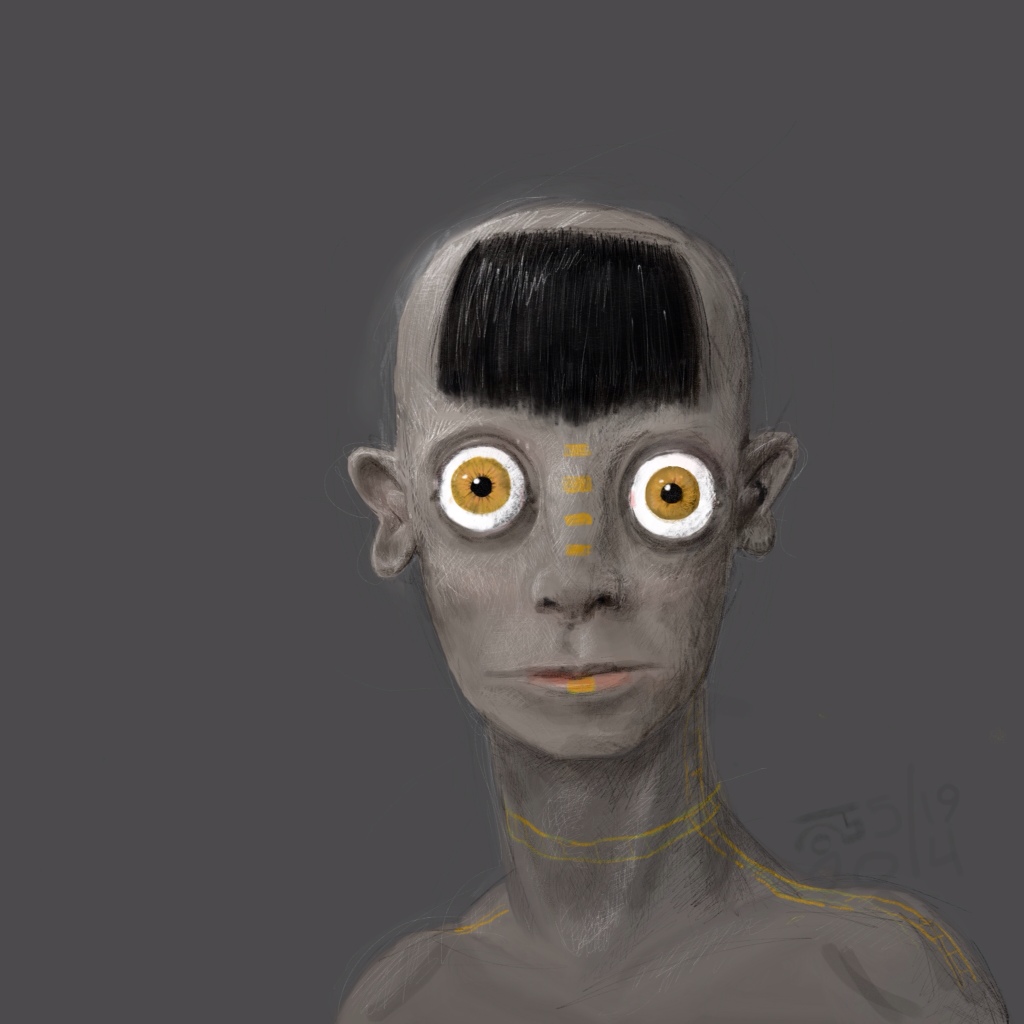 The physiology of the Kchkkhc is uniquely adapted to their subterranean lifestyle. Their eyes are large, over twice the diameter of those that have evolved on Earth, relying on light from a dim bioluminescence present (though not quite common) in their environment.

Over their history, their physique has evolved into a form as slender as those we would expect for inhabitants of a much smaller planet. Because tectonic forces and the great depth keep the temperature stable, and with few areas open enough to produce recognizable weather, they wear no clothing but those required for protection from the hazards of work and sport.

An observer can see a bright circle of white around their eyes even in the dim light, giving them the ability to read each other’s expression from a great distance. Their irises vary greatly in color, and most Kchkkhc cultures assign each other nicknames according to their perception of this feature. They exert a limited conscious control over the size of their pupils, as well. These features combine in their language as an expressive aspect, and their writing conveys not only the phonetics (or, in technical and academic writing, abstract concepts) of their speech, but also the precise emotional expression determined by direction of gaze and relative width of the pupils.

Like their writing, their spoken languages almost all feature two forms. All Kchkkhc languages include an unvoiced form composed primarily of linguopalatal, linguodental, velar, and glottal clicks that carries well through tunnels. All but one observed language also include a voiced form, used for intimate interactions between friends, lovers, and families. We observe that elders in a given Kchkkhc instruction of children by adults will take place in one or the other form, according to that culture’s pedagogical philosophy.

The ears of the people of Kchkkhc have evolved into a complex shape, helping them to determine with great precision the direction and distance of a sound. While they use them for the expected purposes of communication and general awareness, they also use them to echolocate; indeed, we can translate their word “Chkhkkqt”, as “context”, “environment”, and “shape of a volume of space”.

The Kchkkhc paint their bodies with vivid, bioluminescent paints, bred and refined from natural forms. An individual’s choice of paint usually reflects or complements the color of their eyes. (For more on the manufacture of these paints, see the work of Utshefishr on the economic effects of the art and industry of the planet.) This cultural form enhances their ability to recognize each other at a distance, and when they perform group activities, like wars or team sports, they enhance their personal style to make identification even easier.

We anticipate many years of co-study with Kchkkhc cultures and expect to gain a great deal of insight into the cultural development of subterranean hominin cultures.

This xenoglyph is possible because of the patrons of my Patreon, particularly: