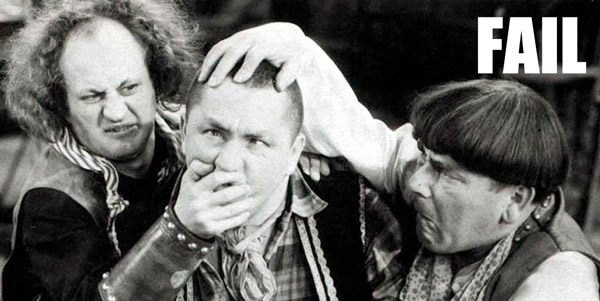 In this episode, Robert Bohl (designer of Misspent Youth) and Joshua A. C. Newman (designer of shock: social science fiction) end it all. Just in time for your Dreamation 2010 drive/flight!

– You can’t cut a piece off something living unless it wants you to, like one of those happy cow-like aliens from Resturant at the End of the Universe or a German suicide
– The TV show Dollhouse by J.J. Abrams
– Rob’s a bad designer and Joshua doesn’t like people
– Game Chef
– Shock: Human Contact by Joshua, and In a Wicked Age…. and Apocalypse World by Vincent Baker of Lumpley Games
– Meguey Baker of Night Sky Games
– Behavior-based questioning in interviews, and how it relates to game design
– John Wick and Ed Healy also are doing a project like Oo!
– AXE COP
– Another project: Ludic Jibber Jabber (no link yet)
– The Podge Cast shows up on iTunes when you search for Oo!
– Our negative review on iTunes
– Our requisite Radio Lab reference
– Sons of Kryos, Science Times, Brilliant Gameologists
– HOW TO FAIL!!!!!
– An NPR story referencing public administration and dead horses
– Kevin Smith’s The Mountain Witch

You can subscribe to the show (if you still want to) by plugging the RSS feed URL into your preferred podcatcher. You can also use the one-click iTunes button thingie: