Robert Anton Wilson just died. It’s sad, despite his wishes. I’ve loved his writing since I was a teenager and had just discovered Illuminatus! and Cosmic Trigger. He was a friend of Timothy Leary, Anton X. LeVey, Philip K. Dick, and lots of others from that crowd.

He was a wild experimenter with his own nervous system, taking LSD every day for decades. He was a week short of 75, having survived polio as a child and considering every day to be an opportunity for a new perspective on life. 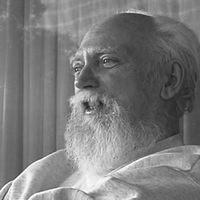