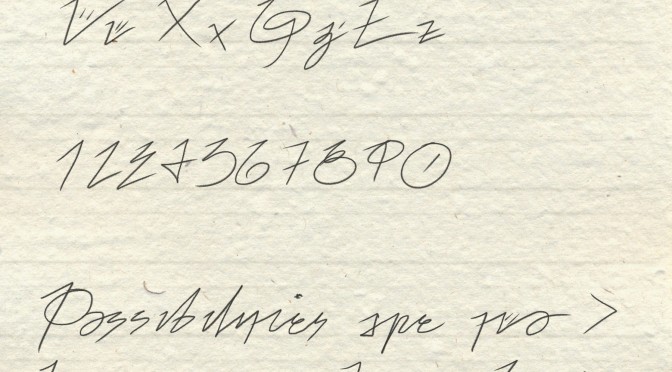 This is a script derived from something much like the Roman alphabet and used to write an English-like language that has evolved over the course of centuries, separated from any other speakers. There are some distinct features of it; noticeably, the “qu” digraph is extinct, though the various “*h” digraphs remain. You’ll notice also that the x is the familiar one we use as the most basic element of algebra and logic. You’ll also note that several other commonly used Greek letters — rho and phi — are hybridized with their Roman counterparts. 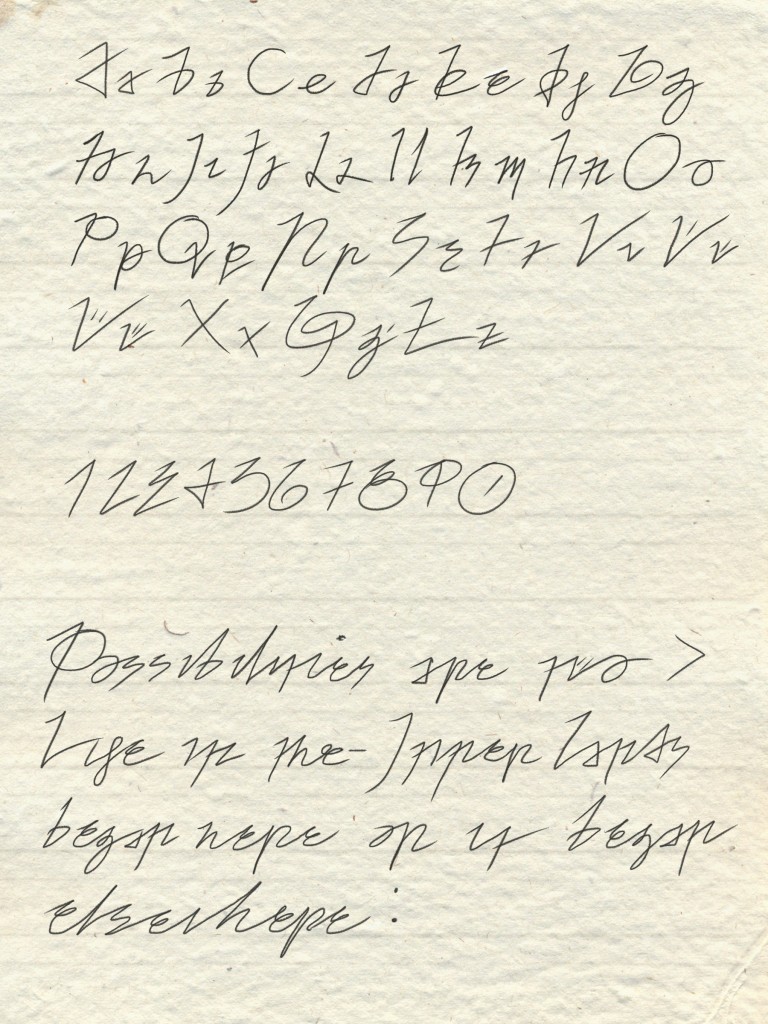 There are several pieces of punctuation missing here, though you can see a couple of examples in the sentence. The > means “follows”, like we use a colon. The : ends a sentence. Quotations use «», as are used in Europe. Any punctuation inside the quotes works exactly as it’s spoken; that is, sentences end with : or !(which means what it means for us.) A list of shared elements of a list (“Bright, cold, windy day”) use a ˘ to indicate “and”, while a list of options (“Blue, green, red, or black”) use either × (“or”), ⊕ (“exclusive or”), or ⊗ (“nor”). Capital letters start sentences and proper nouns, like we do in 20th c. English.

This particular sample is an “abcdario”, used as a teaching tool. I’ll let you figure out the sentence at the bottom for yourself! A warning, though: it contains spoilers for The Steerswoman. If you haven’t read the series, you’re missing out on a fantastic piece of speculative fiction.