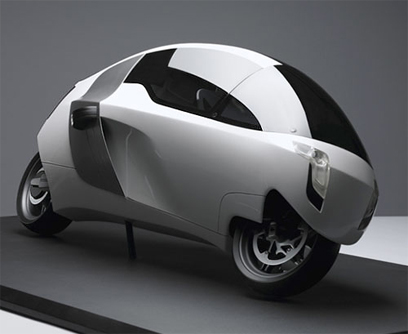 Hey, here are a bunch of people who build cowlings onto motorcycles and scooters to enhance their efficiency. They get quite a bit of energy back from the process. There’s a car that gets 7MPG — that’s more than 20% — better than its original version. Plus, they look bitchin’.
There’s a guy named Josh whose shop is downstairs from my dojo. His place is called Runabout Cycles. According to him, the experimental cowling that he made of aluminum sheet increased his efficiency by 50%. There seems to really be something to this.
So imagine Shock: The End of Oil. 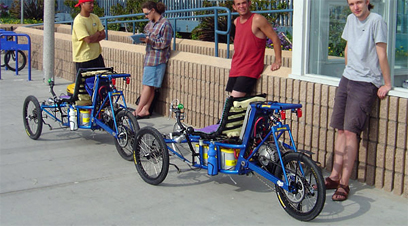 You know, most of the Minutiæ I’ve posted have been vehicles. I think vehicles are neat. But let’s try something else. Any suggestions for the bits and pieces of the future you want to see?