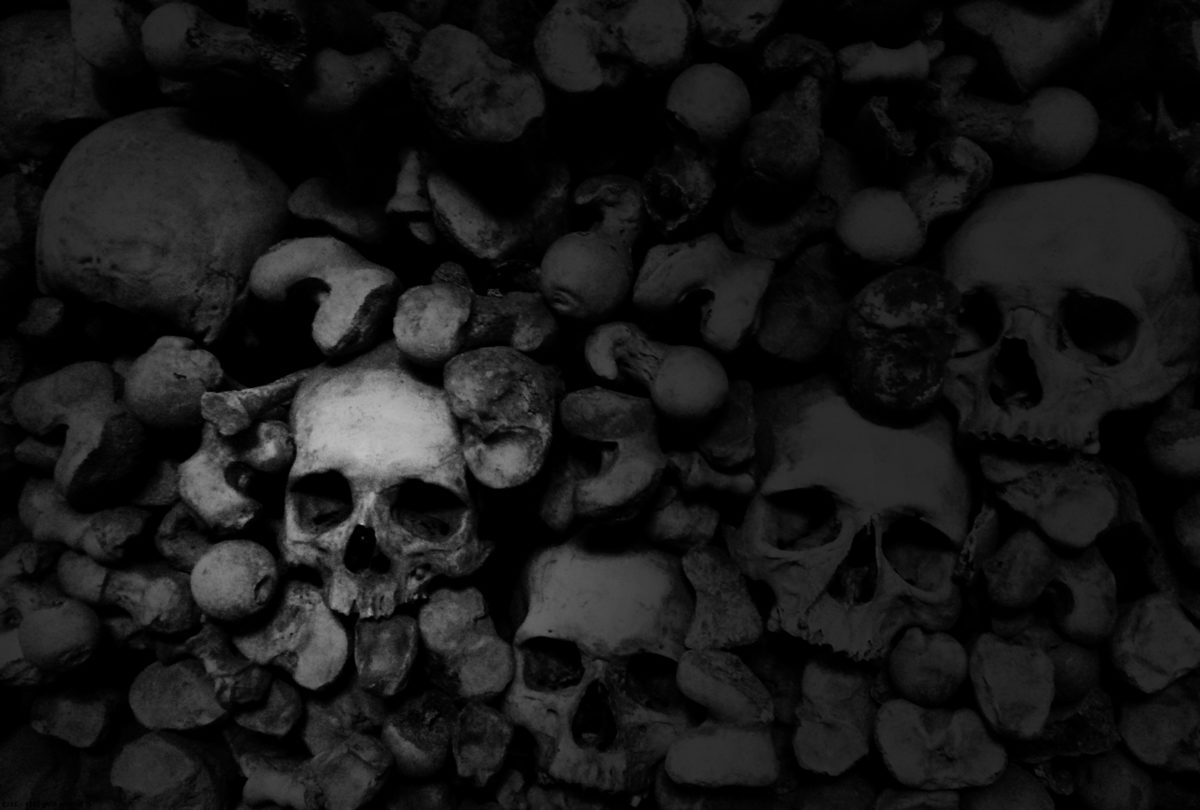 She had lain in these frigid waters so long she had forgotten her name until she heard it spoken; had been blinded by the deep blackness that saturated her mind so she could not remember what it was to see. The pain of the waters had long ago faded, and now she felt nothing at all.

But the name stirred in her a recognition, reminded her of what it was to hear, what it was to know something. It pleased her to have a thought, that she recognized something, that there was an idea — an idea that held around it the tiny crystals of a memory. It came again: the sound far away, as though shouted into a tempest, and then, again, realized that the memory was of herself, that this sound was a name, and that it was hers.

She tried to turn toward the name, but the direction was as dark as any other. Her limbs protested movement and gave her more than a memory: it gave her pain. But the pain, itself, ignited a memory. A blade of bronze, hafted with stout wood from a foreign land, sliding through her side, piercing her liver, pouring her life’s blood onto the battlefield. The shout of victory as her opponent saw her fall.

Her opponent had been fierce as he was beautiful. His beard was oiled and curled. On his shoulders, he wore wings graven from wood and inlaid with gold and precious stones. His face was clothed in the satisfaction of an accomplishment of a task thought unconquerable. In his hand was the haft of his spear.

Again, came the name. Still distant, and coming from far above.

She swam toward it through the biting cold and the water tried to snatch away her strength, but she remembered the might that she had had in her life. Her fingers grasped an arm, here attached to another body that writhed away at the touch; then a leg, cold as night. Her fingers found purchase in mouths and eyes, in every part of every body that she swam through for hours, or days, or months. Finally her finger touched another memory: rocks. Sand. The shore. She pulled herself out of the water and she was wracked with spasms of shivering. She lay on the icy gravel of the shore, no less blind in the dark, but knowing that every thing, every place in the world was warmer than those frigid depths she had just left.

Again, the name, called from above : Ubash. Her name. She tried to stand, but she could not hold her weight and she crashed to the sharp rocks, the pain again calling memories of her life, of her body. Of the scars that wrote out her story, a story of slingstones and the fangs of beasts; of bronze wielded by the brave and daggers wielded by the cowardly, all turned or braved, but that last tip of the one beautiful man’s spear. But also she remembered her body’s perfection, the pleasure it gave her and others, of the gentle touch of oils on her skin and combs in her hair, held by hands more beautiful than her own. Of the tastes of foods of her homeland and those of the road and those from far away; spices that burned or soothed the nostrils, flesh of beasts she had never witnesses while alive, the dried delicacies of distant crafters of food whose wares had found themselves in her possession and in her mouth.

She crawled toward the sound of her name. And when next it spoke, it came from the distance of the span of a hand, though muffled as though through a thick wall. “Ubash, I would treat with you” it said in a voice tired with long waiting, and spoken in a language she did not know, but understood.

Her voice was long unpracticed. She tried to respond to it, to ask it why it had brought her such a distance through such pain. But she could only whisper the reply, “Yes.”

There was a pause, pregnant with the surprise of the speaker, whose voice again came, as though close, but through a door. “Ubash, hero of the city of Dauem, I would beg your protection and might of legend. Would you follow me back to the land of earthen-beings, warmed in the day by the strong right eye of the sky…”

She remembered the feel of the morning sun on her skin, chasing the chill of night away.

The voice continued, “…and in the night turned beautiful and terrible by the weak left eye?”

She remembered the feeling of the first breeze of evening on her sun-darkened skin, the flash of the moon on a river, and then in the eyes of a lover as the silver light spilled through an open window.

She tried to answer, to say how she missed her flesh. But she could only whisper: “Yes.”

A new sound came, the rumble of stone against stone. The burst of light was first so powerful that she was as blinded as by the dark. But then her vision cleared, and she saw, stooped over her, looking down over the walls of stone that surrounded her, the face of a boy — or perhaps a man with no memories but those of a boy. He wore an abaya as though he were a desertman, though no beard promised to ever adorn his chin. His matted, dark hair was tied back from his face, held by a simple band that she could see bore words, but even in life, could not have read. His eyes, wide with wonder, were blue like the sky, shot with flecks of silver and jet, as though blown by a storm. A kind face.

She tried to sit upright, but her body felt heavy, or perhaps weak with the long and difficult travel. She moved a finger and heard it tap the stone bed at her back. The boy took an involuntary step back, nearly receding past the edges of her sarcophagus, but leaving his eyes visible to her.

In her exhaustion, she perhaps slept, because a dream or a memory came to her of a song she sang, a proud brag, but a true one, met with joyful song that matched her fingers on her bull-headed harp. She longed to feel the strings on her fingers again. Her fingers that had led the charge of loyal soldiers, had strummed the strings of her harp, Ammud; had strummed the faces and bodies of many lovers to make music as sweet.

Still, the boy’s face hovered nearby, lit by the flickering of oil lamps, the dim flicker that had blinded her before.

She discovered that her jaw lay open, and she closed it, with the clop of a bone dropped by a butcher. Her mouth felt dry, but when she tried to lick her lips, she found no tongue with which to do it — nor, indeed lips.

She moved her hand to feel her body, but found the bowl of her pelvis, dry and ancient; her mighty thighs reduced to femurs, her broad and muscled back nothing but a spine. Her bony fingers traced the outline of her once-mighty frame warmed by the fire of life and still found only bone, dry and cold.

Finally, slowly, she sat up and the bones followed her will, clattering as they aligned into the shape of her body. She looked down where there had always been flesh and saw only the pale outline, the armature that had once supported her might.

She felt her face; the lipless jaws that held teeth broken in struggle long ago, the nose that bore still the scar where it was smashed by a monster, the sockets that once held eyes that could see far and entrance the beautiful.

Infuriated, she looked to the boy, who recoiled and said, as though he had been waiting with the words prepared, “You have given your word to protect me!”

Another memory came to her: the bronze dagger that had once found itself in her back with less effect than that wished by the wielder, and what she had done to return the dagger to the trusted betrayer whose hand had driven it there.